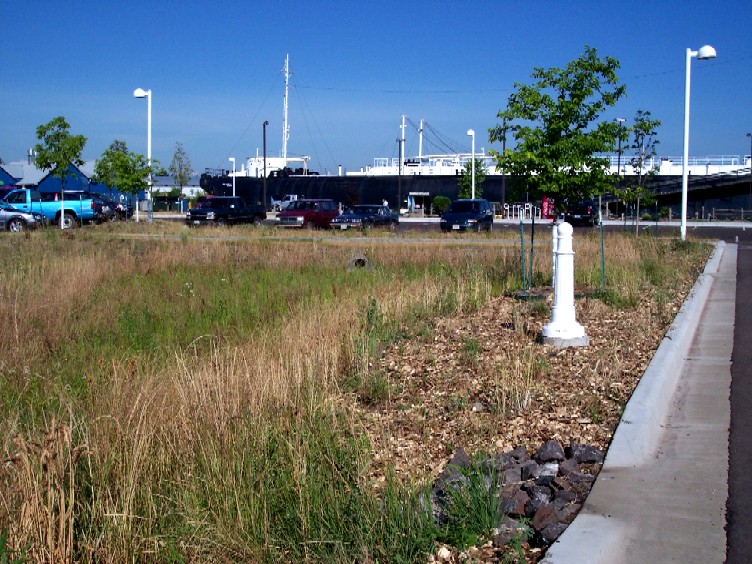 
The Barker’s Island Rain Garden was designed and planted by the City of Superior Parks and Recreation Department. Barker’s Island is one of the main tourist attractions in Superior, and a redevelopment project included expanding and repaving the parking lot. To control the runoff from exiting directly into Superior Bay, a large rain garden was built to collect the polluted stormwater. What this garden lacks in aesthetics, it makes up in functionality. 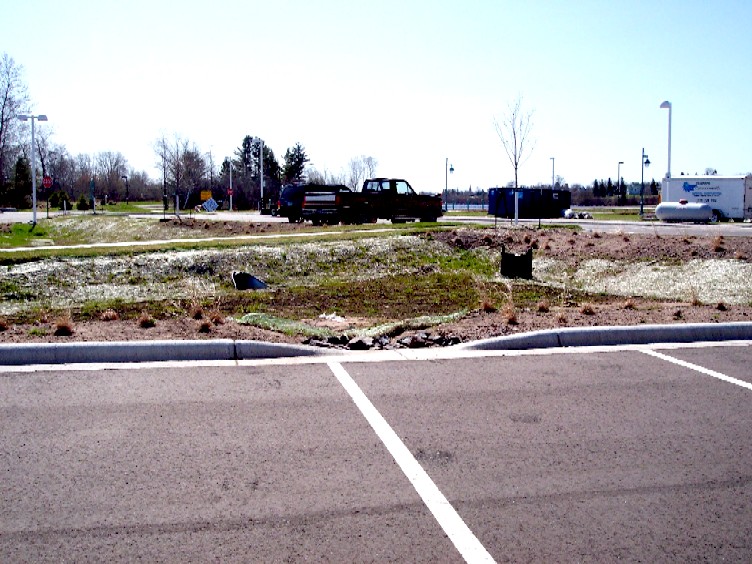 
The parking lot is sloped to feed stormwater runoff into one of two basins, which are separated by a berm that supports a walking path. A culvert connects the two basins, and the parking lot runoff enters these basins and filters through the soil. Excess water drains through a sediment trap. Riprap lines the curb cuttings to reduce the velocity of the water entering the rain garden.

This rain garden does an excellent job of catching a filtering stormwater, though the water drains a bit too quickly to support wetland plants – this is because Barker’s Island is composed entirely of dredged fill, so the substrate is sand. Here is the garden in August 2005, shortly after it was planted with grass plugs and bushes. This is where the garden’s problems begin. 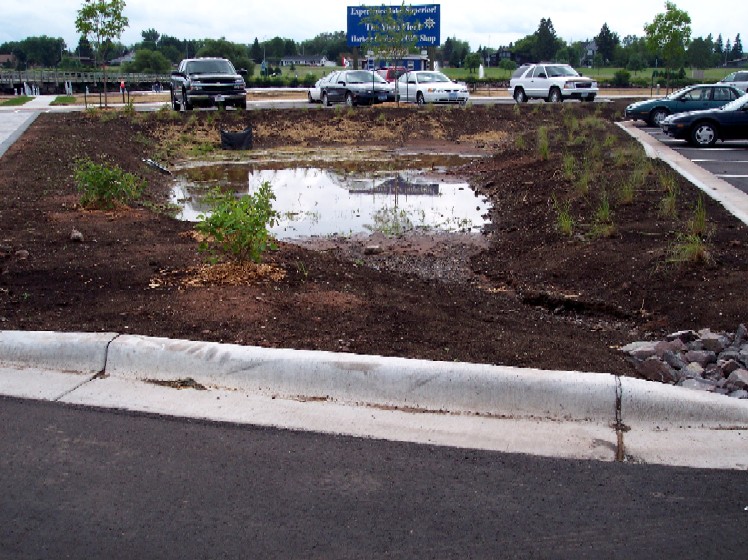 
By April 2006 it was clear that many of the plants had failed, and the low-nutrient sand was not supporting vigorous plant growth. Though the berm had been planted with seedling plugs, the sloped sides and the basin had been planted with seed, much of which washed away during rainstorms. Though wildflower seed was put in the garden, very few of the flowers germinated. The grasses and sedges fared better, with many species germinating from seed. See below for a complete plant list.

In August 2006, we joined with the Parks Department to help a crew from Woodland Hills to replant the berm with grass seedlings. We pulled out four wheelbarrows full of weeds. 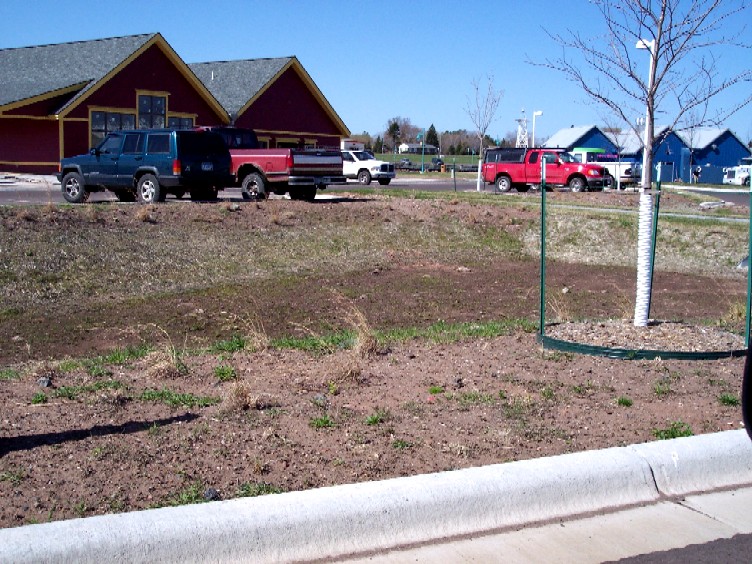 
Please don’t die, little grasses! We spread mulch around the new plantings to keep weeds out and to retain moisture. A severe summer drought killed off some of the seedlings anyways (foreground). Though the slope has dense vegetation, it is composed of rye grass, which is not a very persistent plant on the landscape. We will have to monitor the planting to make sure it is not overrun with weeds.

The middle of the rain garden is thriving because it gets enough water, though there are some weed problems.

The Wisconsin Coastal Management Program gave funding to the City of Superior to help with watershed education. Some of the funds went to build an educational sign for the Barker’s Island rain garden. The sign educates tourists about the reasons for and functions of a rain garden, and the display changes with the seasons.


Note: Though wildflowers were seeded in the garden, germination rates were very low. Those species are not included in this list.
Agendas & Minutes
Job Opportunities
Pay Parking Tickets
Community Videos
Notify Me®
FAQs
[]