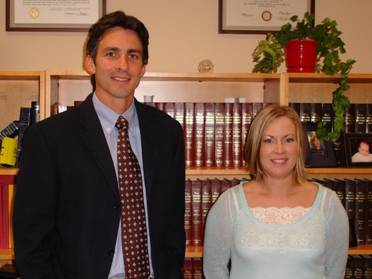 
The City Attorney’s office consists of the City Attorney and Paralegal. The office serves as legal counsel to all City Departments and the Common Council and undertakes or supervises all legal matters pertaining to the City.


The City Attorney’s office prosecutes violations of City ordinances, including traffic violations, building code violations and violations of the City Code of Ordinances. Ordinances and resolutions submitted to the Common Council are drafted by this office. Contracts, agreements and other legal documents pertaining to the City are prepared, reviewed and amended by the office prior to submittal to the Common Council for approval. Delinquent personal property taxes and other accounts receivable are referred to the City Attorney’s office and collection is pursued.


The City Attorney advises the Liability Claims Committee, which is responsible for the review and approval or denial of claims made against the City as provided by state statute. The office works closely with the City’s insurance carrier and its adjusters in the disposition of such claims.

The City Attorney works closely with each department and division within the city to ensure that municipal activities are lawfully adopted,  pursued and monitored.  The City Attorney consults with and advises the Mayor, all city departments, department heads and division managers, commissions, boards and committees, as well as the Common Council.
/FAQ.aspx
Agendas & Minutes
Job Opportunities
Pay Parking Tickets
Community Videos
Notify Me®
FAQs
[]