Location: Approximately 2,400 feet to an outfall southeast of the intersection of Belknap Street, East 2nd Street, and Marina Drive.

The K-Street Storm Sewer transports Faxon Creek from Central Park approximately 2,400 feet to an outfall southeast of the intersection of Belknap Street, East 2nd Street, and Marina Drive. The sewer was constructed in 1891 as a roughly 10-foot diameter brick sewer. The brick construction includes two courses of brickwork set upon a stone cradle.

Subsequent to the storm of June 19-20, 2012, the City became aware of damage to the storm sewer when brick debris was observed at the outfall. An inspection of the sewer at the time identified interior sections where segments of the brickwork had separated from the sewer and scoured away. Engineering and rehabilitation were completed on sections of the sewer in 2013-2014 based on these observations.

This project will address the remaining sections of the storm sewer that were not addressed during Phase I, or approximately 1,343 feet of the sewer. The scope of work to be performed for this project include bypass pumping of Faxon creek, shotcrete repair, and correction of damaged plastic pipe. 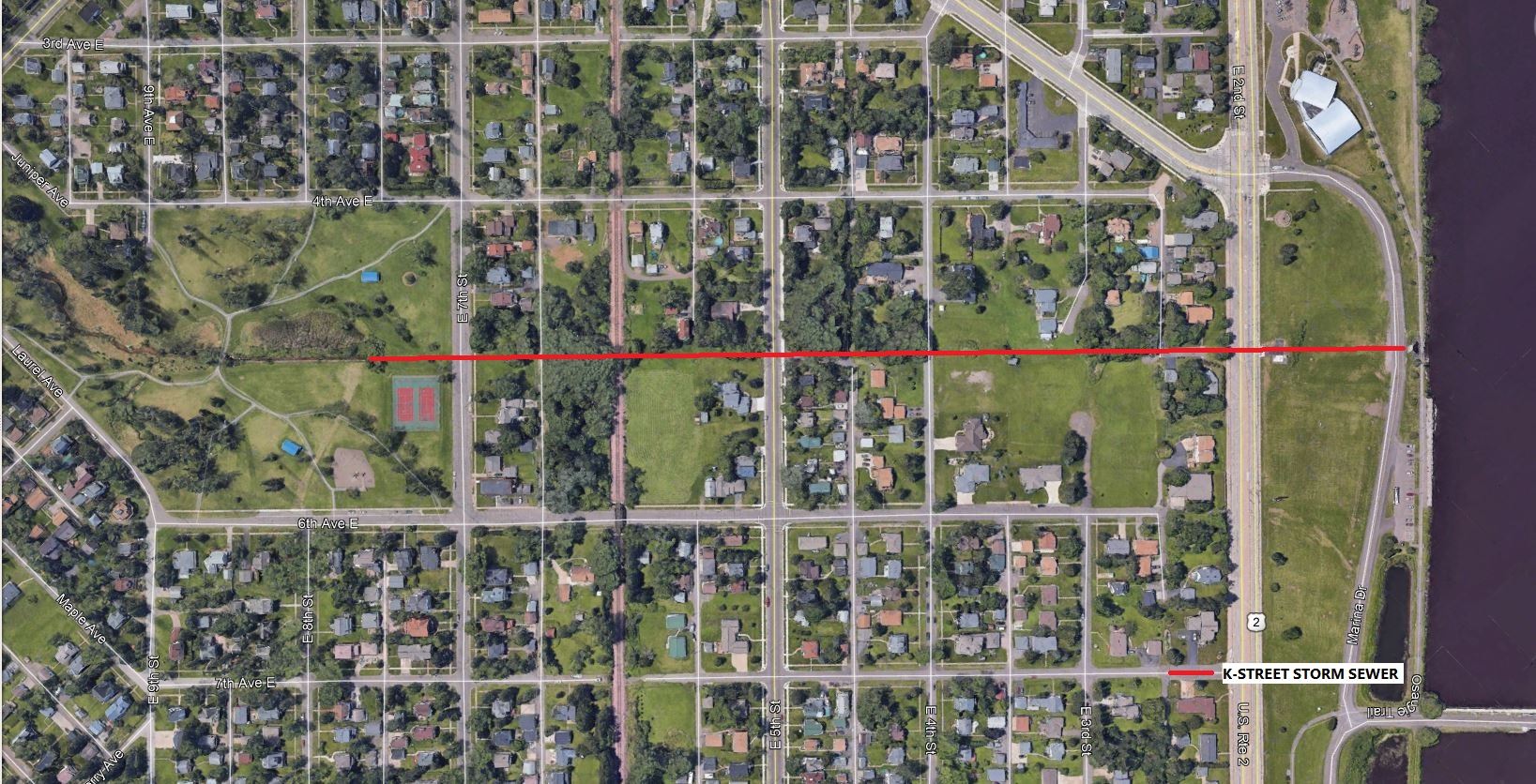